On March 26, 2022, RPJ Partner Helen D. (Heidi) Reavis delivered a speech at the naming ceremony of ‘Frances Perkins Place’ in Hell’s Kitchen, named after the progressive labor advocate.  Known as the architect of the New Deal, Frances Perkins was not only U.S. Secretary of Labor under Franklin D. Roosevelt, but the first woman to serve as any cabinet secretary, and the longest running cabinet secretary in history, advising FDR over his entire tenure and President Harry S. Truman thereafter.  Perkins’ transformative contributions to labor and improvements in work conditions in the U.S. and New York State include the implementation of a federal minimum wage, the 40-hour workweek, unemployment insurance, social security, child labor laws, and an array of basic workplace safety regulations (from exit signs to capacity restrictions to nightly commercial trash removal – she had witnessed the tragic Triangle Fire which started in a trash bin) – laws we still rely on today.  She also deviated from the dominant position of the U.S. in early promotion of asylum for Jews during World War II, including Albert Einstein – and that just scratches the surface of her legacy.  (The text of Reavis’ speech is here.)

Heidi represented RPJ and Women Creating Change, a non-profit organization committed to empowering historically underserved women by increasing civic engagement and creating a more equitable New York and beyond.  The organization was formerly known as the Women’s City Club of New York, where Frances Perkins was a founding member in 1915, agitating for women’s right to vote.

Frances Perkins Place – reported to be the first commemoration of Frances Perkins in New York State – can be found on West 46th Street between 9th and 10th Avenues – a must-see as we approach the end of Women’s History Month! 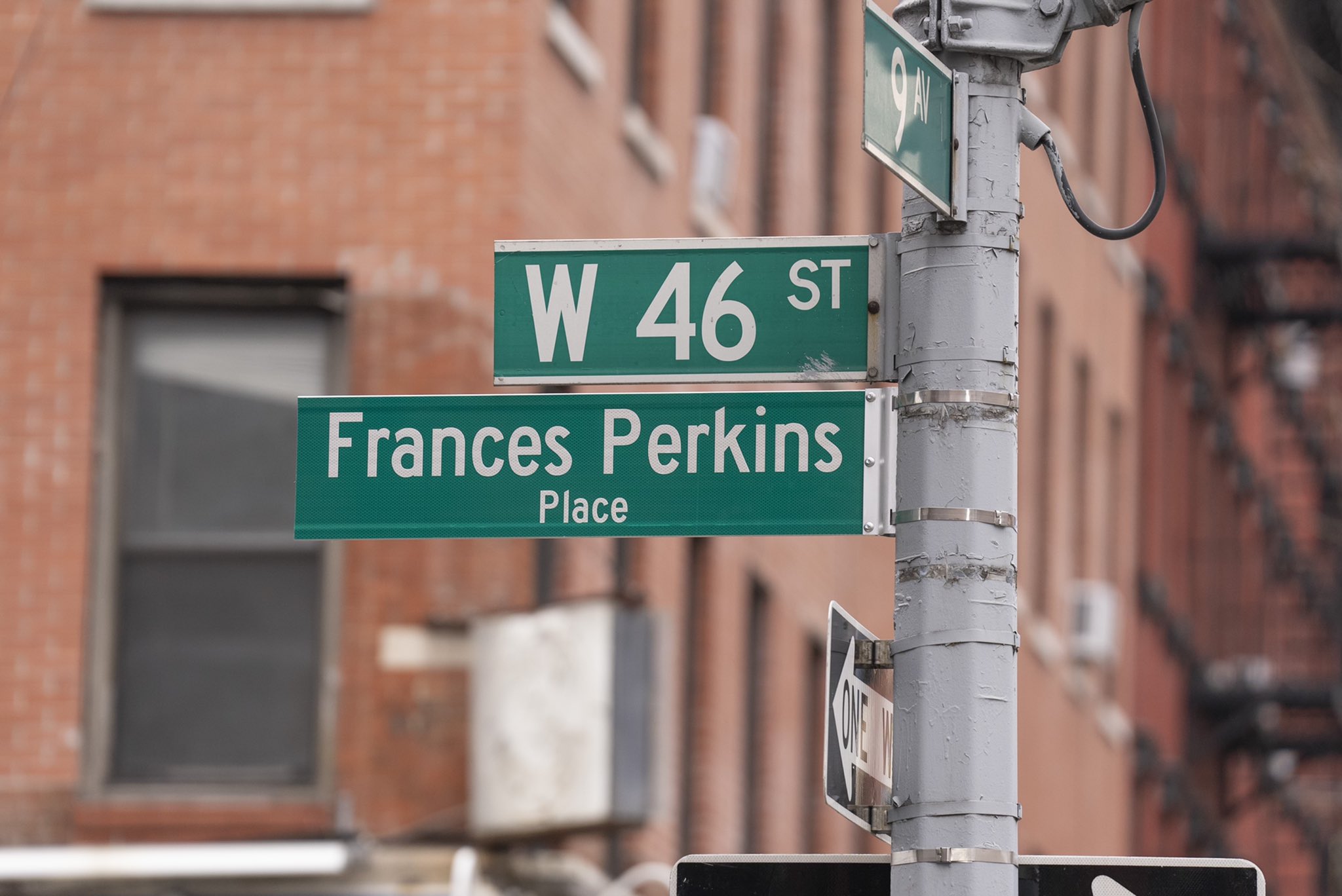 “Trust No One: The Hunt for the Crypto King” by RPJ Client Minnow Films Ltd. Debuts Tomorrow on Netflix